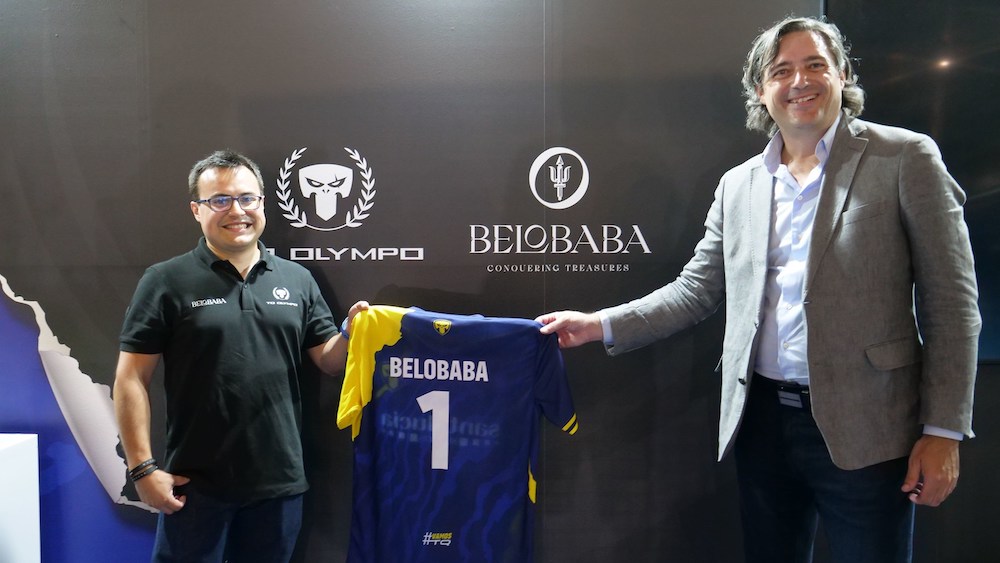 Team Queso, a leading esports club in mobile gaming, takes a step forward in its business strategy by incorporating BELOBABA, the leading investment fund in the tokenised video game industry and member of the Blockchain Game Alliance (BGA), as a lead investor, with a contribution of €1M.

Beyond the financial investment, BELOBABA will bring its proven expertise in the field of decentralised finance as the first hedge fund with a regulated security token (KHAN). In March of this year, the esports club opened a financing round through the issuance of security tokens that gave investors the right to participate in the company. In part, the sale of these is aimed at acquiring 20% of the club’s equity.

All of this was part of the opening day of the Ubeat Live esports, freestyle and urban art festival, which took place this Friday, 1 July, at Fira de Barcelona and will run until Sunday, 3 July. This event brings together the main esports clubs of the scene and is presented as a reference event for Gen Zers.

The co-founder and CEO of Team Queso, Álvaro González de Buitrago, explained during the presentation that the agreement reached with BELOBABA is “a fundamental strategic step in the trajectory of the club. To be backed by the first regulated crypto fund as a lead investor consolidates the project we started a few months ago with the tokenisation of the club and, secondly, makes us see that we are heading in the right direction. We want to revolutionise the esports sector with this step forward and having BELOBABA as a partner is the best guarantee of success”.

“Being able to invest in a leading project with TQ Olympo is great news for the growth of BELOBABA. This strategic alliance will reaffirm the company’s position as a benchmark investment fund in the sector of tokenised video games and their integration into esports, which are key for the mass adoption of cryptocurrencies,” said the company’s founder and chairman, Lluís Mas.

A pioneering agreement in the esports sector

With this agreement, BELOBABA will directly participate in Team Queso’s business which, according to BELOBABA, is a “groundbreaking project in gaming and esports with great projection”.

Thanks to this joint venture, the regulated crypto fund will have access to the entire community of one of the best teams in the world in terms of competition in mobile gaming, which opens up a wide range of possibilities for collaboration to grow both organisations through the opening of new lines of business such as cross-marketing actions; educational programmes in gaming, esports, blockchain and cryptocurrencies; or the creation of a venture capital area for joint investment and exploitation in new tokenised gaming projects.

For its part, the esports club, through the partnership with BELOBABA, receives in return a significant investment that will allow it to improve the different divisions of the club, its content creation and to invest in technology.

Team Queso not only offers content for entertainment, but also intends to provide extra value to its entire community and to this end will provide free training courses for all Team Queso investors, as well as boot camps for all those related to the gaming and esports sector. In addition, it will have a blockchain games research team that will promote the professionalisation of these blockchain games given that they are the games content creators play on a daily basis.

Team Queso is a Spanish esports organisation founded in February 2017 by YouTuber Álvaro “Alvaro845” González de Buitrago and Alicia “Alimorol” Morote Oliver. It features teams competing via mobile, PC and console. The club was Clash Royale world champion in 2020, as well as several times European and South American champion in other titles such as Rocket League or PUBG Mobile. As part of its strategy to expand into new business areas, Team Queso acquired the esports information platform Appgrade and the Patographics studio, which is integrated into the audiovisual content department; in addition to the video game company Metaworld, from which Chili Cheese Games, a mobile and blockchain video game studio, originated.

BELOBABA is the first multi-strategy cryptocurrency hedge fund with a regulated security token. Endorsed by the Gibraltar Financial Services Commission, the KHAN token provides its holders with rights to capital growth from multiple trading strategies on specialised exchanges and a transparent governance regime, which enables investment decisions to be made with the advice of a team of specialist and experienced advisors who provide insight based on technical, fundamental, on-chain and sentiment analysis. BELOBABA also has a native utility token for its BBCN community, powered by the BELOBABA Academy training centre and available through the BELOBABA Launchpad incubator.