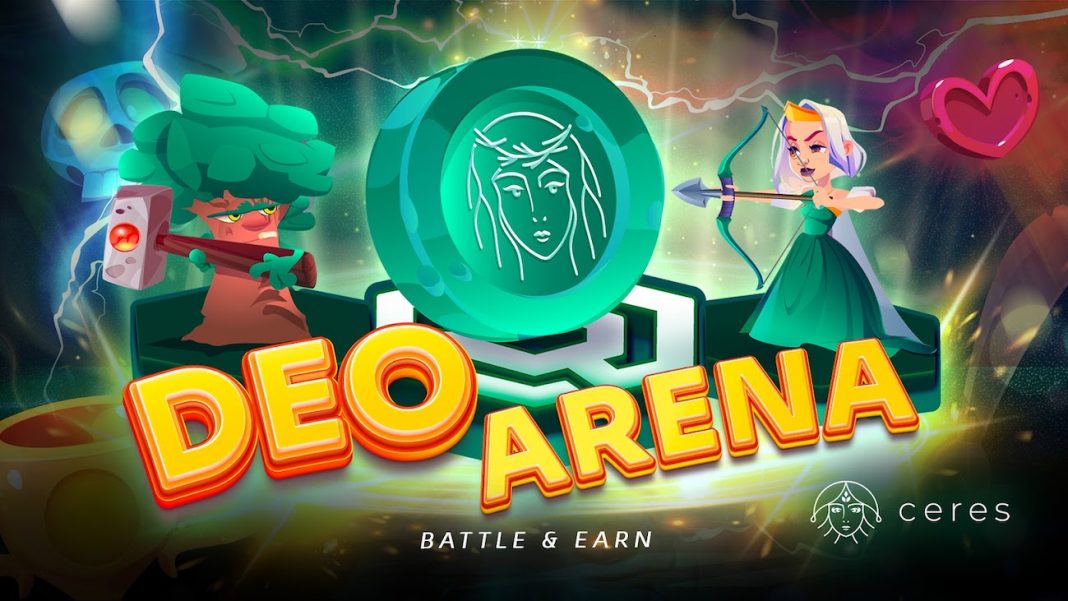 Ceres is proud to announce the launch of DEO Arena, one of the first play-to-earn games in the Polkadot and Kusama ecosystems.

DEO Arena is built on the Sora network and is currently available to play at deoarena.io. In its beta phase, DEO Area is available as a player-vs-player game, with each match costing 4 DEO tokens. Players receive points in each match, which are used to determine their rank on the leaderboard within the DEO Arena league. Each league season will last four weeks. A player must have played at least 100 games to enter the leaderboard.

The prize pool for the first season is a minimum of $20,000 in XOR, divided into four different ranks — meaning over 50% of all participating players could be eligible to win prizes!

There is also an optional NFT Boost, which gives you more season points while playing the game, but the game itself is purely skill-based.

The maps in DEO Arena will be large enough to accommodate several players, which will be necessary when facing other players in Battle Royale mode, which will be available soon. A referral system will allow players to invite their friends to face off in DEO Arena and earn special prizes.

“It will be quite fun, as many players are going to face each other at the same time, and the last one to survive will take the tokens of all the others. This mode will attract the most attention from users since you can earn a lot with very little money — if you can win, of course.”

See you in the arena!