Magic Craft Aims to Continue its Domination With New Listings, NFT Marketplace and an Eventful Roadmap 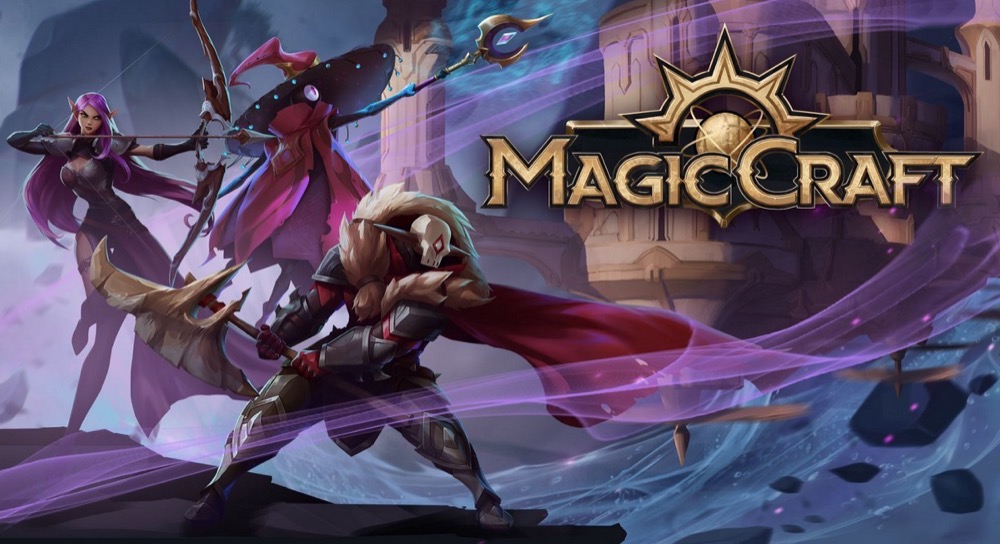 Magic Craft intends to give an innovative turn-based war universe as one of the forthcoming MMORPG games in the blockchain gaming world. Players can earn in-game tokens, acquire awards, and stake them by playing in either the PvE or PvP modes. ‘Castle Sieges’ is the focus of the game. Clans go to the battlefield every week, killing each other, stealing loot, conquering castles, and claiming the title of King. Top global gaming studios are working on the game, and the team hopes to deploy a fully integrated NFT Marketplace by the first quarter of 2022. By the second quarter of 2022, an alpha version of the game with PvE and PvP play-2-earn systems will be available. The spoils of war are awarded in the form of MCRT to the winners.

$MCRT, a new GameFi Deflationary BSC Token Protocol, is on a roll. Despite being a newbie on the block, this multi-purpose digital asset has garnered a lot of interest from all around the world.MCRT’s popularity has skyrocketed, with a staggering 1000 percent increase from the IDO price of $0.006. Despite its newness, MCRT has already achieved higher volume than some top-ten market cap tokens to become one of the hottest trending Metaverse projects.

Magic Craft’s founder, James Crypto Guru, spoke about progress and achievements: “In just a few months, we have reached tremendous milestones. Without even launching the main feature, we are gaining more and more holders every day and achieving tremendous trading volume for $MCRT”. He added: “Our social reach is also very impressive. We now have 50k followers on our social media platforms from all over the world. We are very satisfied with the impact and impression that Magic Craft is making on users. We’re quite pleased with the impact and impression Magic Craft has on its users. We’re incredibly thrilled about our project, which will be a game-changer in the GameFi space and will catapult Magic Craft Game onto the international stage”.

Why Magic Craft is Slated to Outclass Axie Infinity?

The popularity of play-to-earn gaming is rising, and it’s sweeping the cryptocurrency industry. Many people who play P2E games have the same purpose in mind: to make money. From gathering rare things and selling them on marketplaces to defeating other players in PvP battles and earning in-game cryptocurrency, there’s a lot to do in this game. Participants are rewarded for playing games they would otherwise play for free or for spending money from their wallets to level up under this exclusive gaming model.

Axie Infinity, currently one of the most popular platforms for play-to-earn games, has a large fanbase, but it also has entrance restrictions for gamers. To begin playing the game, one must invest at least several hundred dollars. You must first recoup your initial investment, which might take anywhere between 50 and 80 days. Magic Craft, on the other hand, is a free-to-play game that requires you to pay only a small amount of money to acquire a starter pack in order to advance.

World of Warcraft, League of Legends, and Lineage-2 have all influenced Magic Craft. It promises massive benefits in terms of both money and valuables to players. Will you ever be able to sell your traditional game improvements on open markets? You won’t, but you can do a lot more and earn a lot more with a similar gaming experience provided inside the Magic Craft environment. People are attracted to the possibility to gain real-world value by playing a blockchain game for the simple reason that value may be generated while having fun. Teenagers will be able to play these games on the platform in the future, allowing them to do things they couldn’t do after playing an Xbox.

Magic Craft to continue its MEtaverse dominance in 2022 as well as it started the year with a new listing on MEXC Global. Founded in 2018, MEXC Global is a centralized exchange that employs a high-performance mega-transaction matching technology. The CEX platform is run by a team of professionals with extensive financial industries and blockchain technology experience.MCRT is also listed on Dextools, Pancakeswap, and Bitmart. The project is achieving significant milestones on a daily basis, thanks to increased trading volume and positive price action.

$MCRT has been dubbed the “next big thing” in the GameFi market by the cryptocurrency community. $MCRT is built on a global community of Gamers, Crypto aficionados, enthusiasts, and collaborators who are fueled by clear plans, features, and customer involvement. $MCRT also wants to reward people who participate in the initiative and stick with it throughout the trip. Weekly giveaways, airdrops, and free NFT minting will all be available as part of the prizes.

Share
Facebook
Twitter
Pinterest
WhatsApp
Previous articleWorld Of Cryptoids launches one of the most innovative play-to-earn NFT games in the blockchain space
Next article$20,000+ in Prize Money For Winners of First Global Smart-NFT Creation Contest by VIMworld.com