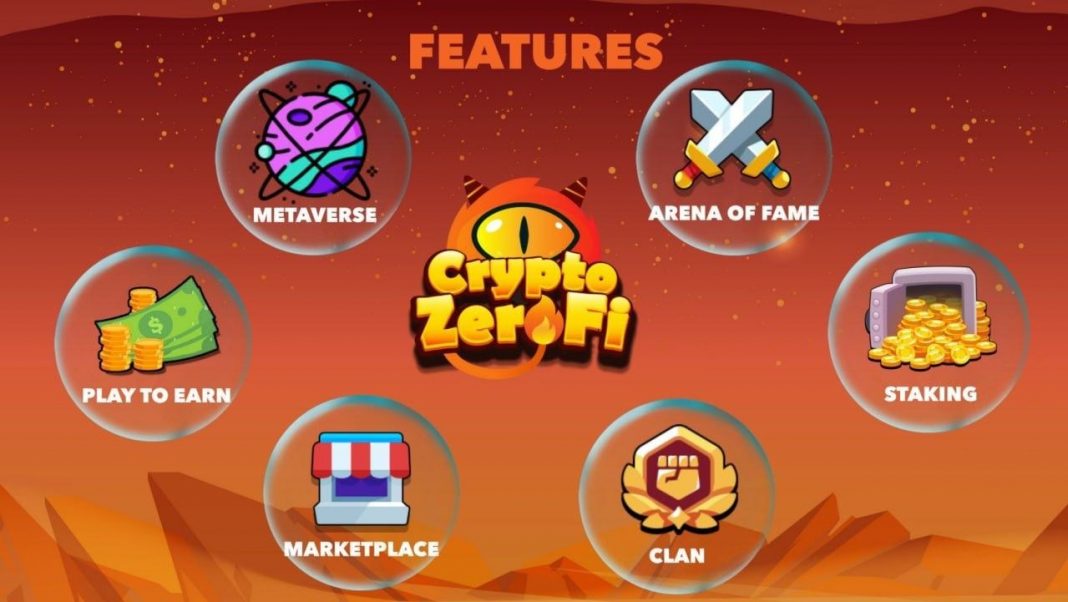 Introducing CryptoZeroFi, one of such games aiming to make a name for itself in this maturing space. CryptoZeroFi is an upcoming Realistic Combat Role-Playing NFT game built on the Binance Smart Chain. Similar to other games in this industry, it incorporates NFTs as well as a P2E model. Keeping up with the trend, they also have plans for metaverse-integration set in their pipeline.

The NFT Play-To-Earn (P2E) gaming industry has been gaining a lot of traction lately, especially with the increasing sentiment towards the metaverse. There have been countless new projects determined to be a pioneer in this booming industry. What sets these new lines of games apart from conventional games is the ability to rack up rewards while playing the game, allowing gamers to make money while doing what they enjoy most. The integration of non-fungible assets (NFTs) also allows for the transferability of in-game assets, thereby enabling players to trade and gift their assets with one another.

CryptoZeroFi features two in-game tokens, ZERI and ZEUS, which can be earned by players in-game. They can then choose to sell these tokens in exchange for other cryptocurrencies or stake them in one of the various staking options to earn some additional rewards. Alternatively, players can also earn respectable rewards by winning the “Arena of Fame” tournament which will be held yearly.

Additionally, CryptoZeroFi also has an integrated NFT marketplace and NFT Transfer functionality, allowing players to trade or gift their in-game characters and weapons with one another.

Furthermore, CryptoZeroFi will feature a clan system. Players will be able to create a clan and invite their friends and family to play alongside them. They can also earn some extra rewards for inviting others using their unique invitation code.

Last but not least, as mentioned, CryptoZeroFi is planning to integrate metaverse-capabilities into their project. This means that it might not be long before players will be able to put on a set of VR goggles and dive right into the world of CryptoZeroFi.